The Most Important Yoga Pose You Are NOT Doing 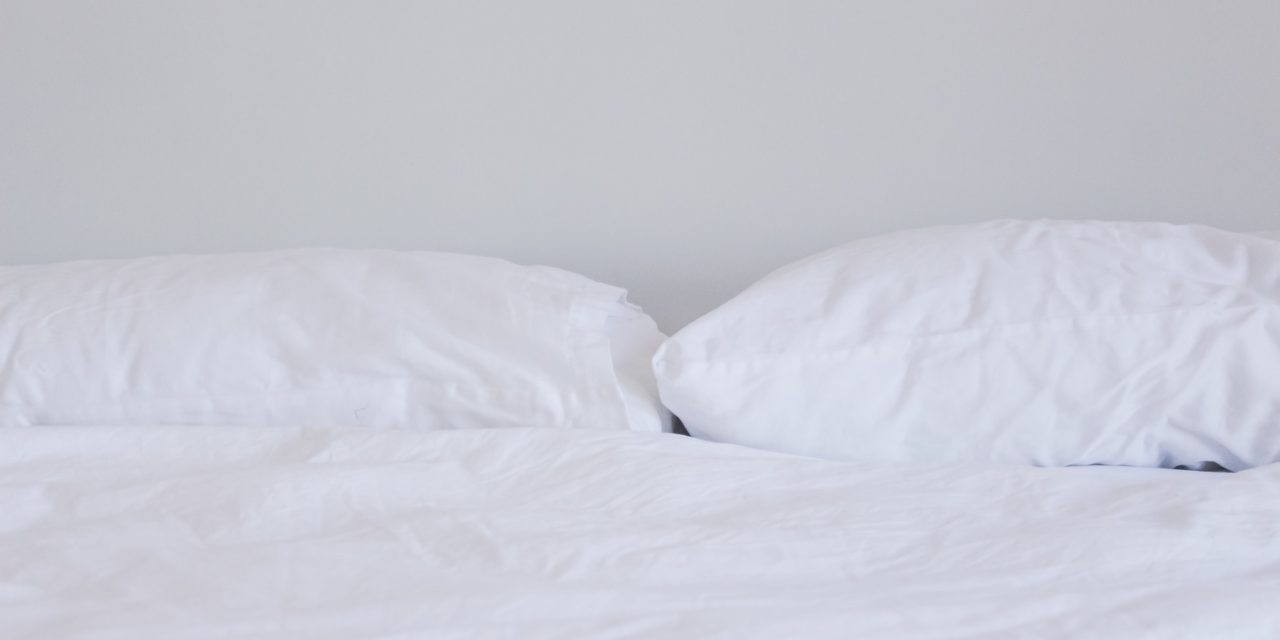 Headstand, or shirsasana, is the King of Yogic asanas. Simply put, an asana is a yogic posture or body position.

When doing headstand the body is completely inverted and held upright supported by the forearms, while the crown of the head rests lightly on the floor.

This process of inversion is what makes headstand so powerful, particularly because it reverses the flow of gravity. Usually gravity is pulling us down and compressing our bodies, yet when we do inversions this process is completely reversed. So instead of working against us, gravity is working for us by decompressing our bodies and reversing the flow of the circulatory and lymphatic system.

What are the benefits of headstand?

Regardless of the style or level of yoga your practice, inversions revitalize and rejuvenate your whole system. Turning your body upside down reverses the effects of gravity and floods your vital organs and brain with nourishment. The pineal and pituitary glands are activated, balancing the hormones. By elevating the legs, circulation, venous return, and lymph drainage are improved, and strain and fatigue are relieved. Inversions also aid in sleep, evoke calm, quiet, and soothe the nerves.

Doing inversions and spending some time upside down everyday is one of the best things you could possibly do for yourself. Inversions are basically an elixir of life.

Gravity slowly but surely weighs us down and saps our strength. We stand, sit, or walk with head above the heart, legs and pelvis underneath. As the years rack up, so do the damages. Subcutaneous fat sags. Varicose veins and hemorrhoids erupt. Weary of incessantly pumping blood through its vast circulatory network, the heart falters. According to Payne, the ancient yogis called gravity “the silent enemy.” The yogi performs a martial-arts sleight-of-hand: Upend oneself and enlist gravity's power to arrest the ravages of that self-same force.

The human body is sensitive to the fluctuations of gravity because it consists of more than 60 percent water. From the skin in, the body is dense with cells, floating in a bath of intercellular fluid. A complex network of vessels weaves in and around every cell, steadily moving fluids through valves, pumps, and porous membranes, dedicated to transporting, nourishing, washing, and cleansing.

According to David Coulter, Ph.D., who taught anatomy at the University of Minnesota for 18 years, when one inverts, tissue fluids of the lower extremities drain-far more effectively than when one is asleep. Areas of congestion clear. In a 1992 Yoga International article on Headstand and the circulatory system, Coulter wrote: “If you can remain in an inverted posture for just 3 to 5 minutes, the blood will not only drain quickly to the heart, but tissue fluids will flow more efficiently into the veins and lymph channels of the lower extremities and of the abdominal and pelvic organs, facilitating a healthier exchange of nutrients and wastes between cells and capillaries.”

According to Sivananda “Sirshasana(headstand) is really a blessing and a nectar. Words will fail to adequately describe its beneficial results and effects. In this Asana alone, the brain can draw plenty of Prana and blood. Memory increases admirably. Lawyers, occultists and thinkers will highly appreciate this Asana. This leads to natural Pranayama and Samadhi by itself. No other effort is necessary. If you watch the breath, you will notice it becoming finer and finer. In the beginning of practice there will be a slight difficulty in breathing. As you advance in practice, this vanishes entirely. You will find real pleasure and exhilaration of spirit in this Asana.”

The headstand a favorable reconditioning effect on endocrine gland secretion (Copeland, 1975), to enable it to withstand greater stress and strain (Kuvalyananda & Vinekar, 1963). Inversions done accurately are always relaxing and reduce stress and strain. The blood circulation to the brain is improved in Sirsasana; the sluggish cells are rejuvenated and the brain being the seat of intelligence is stimulated. It also stimulates the pituitary and pineal glands on which the growth, health and vital strength of a person depends.

Nourishes and stimulates the pituitary and pineal glands. In particular, Headstand provides refreshed blood and bathes and nourishes the hypothalamus, pineal gland and the pituitary gland. These glands play an important role in the endocrine system. The endocrine system uses hormones to regulate the metabolism of the cells. Our growth, health and vitality depend on the proper functioning of these two glands that control the chemical balance of the body. The secretions of the pituitary regulate sexual characteristics and growth of the reproductive organs. It also regulates the function of adrenal, thyroid and the ovaries. It is the hormone which stimulates the production of milk in nursing mothers. Thus, pituitary is the master gland which plays a very important role in regulating menstruation and pregnancy. The inverted postures in turn regulate the functioning of this master gland.

Inversion exercises the heart and encourages venous return. Inversions do much the same for the body that aerobic exercise does. According to author Elaine N. Marieb, “The important factor stretching cardiac muscle is the amount of blood returning to the heart (venous return) and distending its ventricles”(Human Anatomy & Physiology 4th edition, Benjamin/Cummings Science Publishing, 1998 p 679.) Inversions use gravity to bring more blood to the heart – turning yourself upside down encourages venous return (Iyengar, 1991; Werner, 2004; Raman, 2004). .

Reduces heart strain. Normally, your heart works against gravity; inverting your entire body in the headstand lessens the strain on your heart. The heart works persistently to ensure that freshly oxygenated blood makes its way up to the brain and its sensory organs. When inverting, the pressure differential across the body is reversed, and blood floods to the brain with little work from the heart (Iyengar, 1991; Werner, 2004; Raman, 2004).

Minimise fatigue and brain tissue degeneration. Headstand allows a plentiful supply of oxygen-rich blood to reach your head and brain (Sivananda, 2004) – Increasing the blood flow through the brain cells increases your thinking power, clarity, memory, concentration, and the sensory faculties (Iyengar, 1991, pg 190) and moreover minimises brain tissues do not degeneration (Raman, 2004). Fatigue of the brain cells which occurs as part of everyday life will not occur with regular daily practice of Head stand. This is due to the rejuvenation of the brain cells with fresh blood and O2 (Raman, 2004).

Fluid build up reduced. Lymph, like the blood returning to your heart via the veins, is dependent upon muscular movement and gravity to facilitate its return. Thus, in the headstand, lymph fluid is relieved from the legs and ankles and with regular practice prevents the buildup of fluid in the legs and feet.

Headstand increases mental alertness and clarity. The immediate change felt after performing this pose is an enhanced alertness which lasts through the day.

Soak brain fresh blood. The most important aspect of inverted poses is to soak the brain with blood for a fixed period of time which never happens in other systems of exercises. According to Dr Raman (Raman, 2004):

“This rejuvenates the brain cells and prevents age related cerebral atrophy. Senile changes in brain are prevented. And as mentioned before ischemic strokes can be completely prevented as the blood supply is enhanced without pressure.”

Calms the brain and helps relieve stress and mild depression. It is a centering, calming and soothing pose. A cooling effect is felt on the face in the pose.

Inversions also ensure healthier and more effective lung tissue. When standing or sitting upright, gravity pulls our fluids earthward, and blood “perfuses” or saturates the lower lungs more thoroughly. The lower lung tissue is thus more compressed than the upper lungs. As a result, the air we inhale moves naturally into the open alveoli of the upper lungs. Unless we take a good, deep breath, we do not raise the ration of air to blood in the lower lungs. When we invert, blood perfuses the well-ventilated upper lobes of the lungs, thus ensuring more efficient oxygen-to-blood exchange and healthier lung tissue, oxygen consumption and blood flow (Jevning et al, 1983).

When done properly, headstand helps the spine become properly aligned, improving posture, facilitating good breathing and reducing muscular stress. The inversion rests the lungs which feel refreshed. The vital capacity increases as the lungs learn to breathe against the strain of the body organs resting on it in the posture (Raman, 2004).

Increase heat and improves digestion. Headstand increases gastric fire and produces heat in the body. Tones and cleans digestive organs. The weight of the abdominal organs on the diaphragm encourages deep breathing, which gently massages the internal organs. By reversing the pull of gravity on the organs, especially the intestines, it helps to cleanse them by releasing congested blood in the jejunum and colon. Fresh warm blood invigorates the cells and overcome problems of the liver, kidneys, stomach, intestines and reproductive system (Raman, 2004).

Constipation eliminated. The change in posture enhances peristaltic contractions and aids good elimination. Constipation is eliminated provided the water and fiber content of the diet are normal (Raman, 2004).