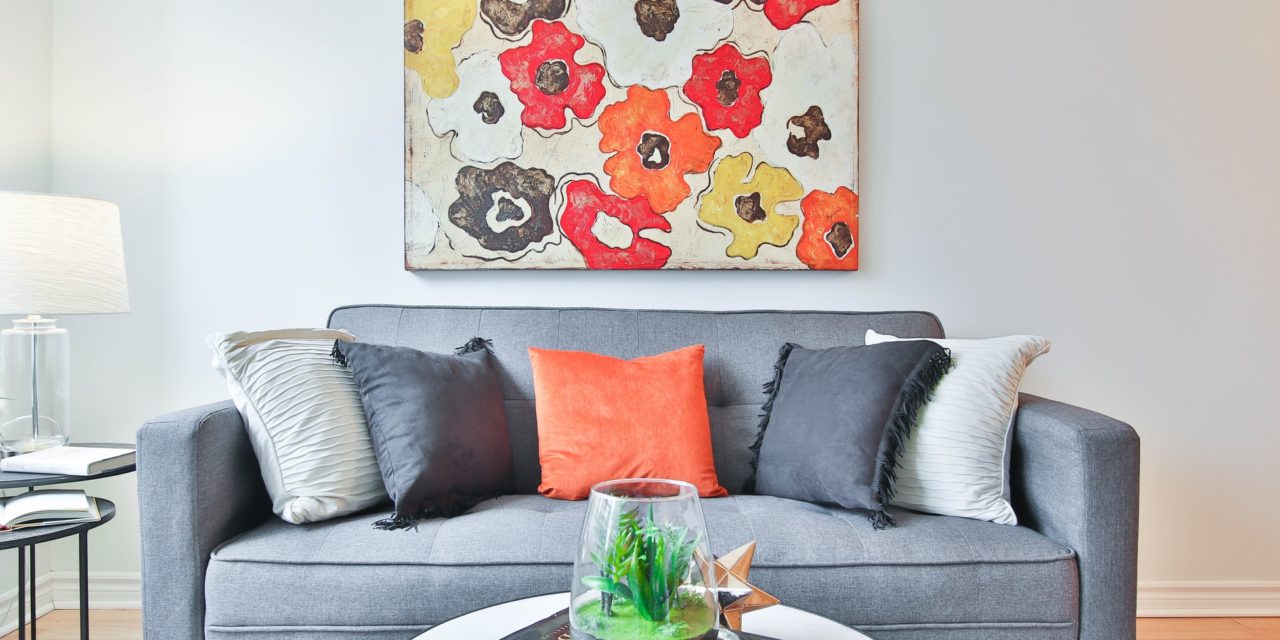 At long last, the-much-talked-about Golden Jubilee Anniversary of Ghana has come to pass. And Ghana, our beloved mother land is poised for economic take off.

Beautiful people of Ghana, Tuesday, the 6th of March 2007, marked precisely the 50th birth day of the political independence of our mother land. And the Day was celebrated in a most spectacular fashion of red, gold and green colours, ever witnessed at the Independence Square in the political history of the country.

Not even the very day of the proclamation of the independence by the first President of the first Republic of Ghana, Osagyefo Dr. Kwame Nkrumah on March 6, 1957 could march what took place yesterday in terms of sheer human beings who invaded the Black Star Square and its environs to witness the event. I was there myself. And if it wasn't so, I would not have told so. When I came out and saw the scattering crows behind the square virtually into the sea, I was mesmerized.

Then the crowd listening and watching proceedings on a large electronic screen with huge, huge loud speakers mounted on the brown grasses along the castle road leading to the sit of government, I was spell-bound. I could not plug courage to go round all the four corners out side the square, for what I saw at the two corners spoke for themselves. It was simply fantastic! There is no need to exaggerate. Seeing is believing, beloved reader!

As for yesterday alone, if not everyday at all, (this piece was written on Wednesday, 7th March 2007), I can speculate that the hands of God physically descended and poured benediction upon our nation. Nature itself was extremely kind to us. As a loving mother who was nursing her newly born baby, the weather was just apt for the occasion. The sun's rays so soothing, were smiling on the parade contingents instead of burning them. The breeze from the nearby Atlantic Ocean was flowing instead of blowing and gently massaging the smooth faces of the flag waving spectators.

The arena of the Independence Square was majestically colourful, peaceful and graceful. But a certain woman nearly found trouble for herself when she challenged the security agencies as to why they would not allow her to pass through the inner parameters earmarked for the parade purposes only. This happened in front of the last pavilion at the Osu end of the square. Why some people will not willingly abide by simple instructions for the sake of law and order? Even accredited journalists were restricted to certain areas and they had no choice but to obey. How much more ordinary spectator?

I also saw one Nana in his majestic kente cloth, who came very late after the President, had accomplished the inspection of guards. And with his umbrella-bearer, was trekking from one pavilion to the other, in search of a place to sit. That was the fruit of lateness. When some of our noble opinion leaders are given invitations and requested to be seated at specific times at functions, they choose to behave as if the event is taking place in their own palace. Even if an event is taking place in your dormitory, you must respect the time of your invited guests. Most regretfully, it appeared that Nana had to go back home without witnessing the memorable occasion. It served him well.

We must all take a cue from that incident so that as we embark on the road to the next 50 years of Ghana's independence, as a nation, we must endeavour to change our concept of time for the better. As the Vice President of Ghana, H.E.Alhaji Aliu Mahama advised the nation on Friday 2nd March 2007, when he commissioned and handed the keys of 46 Cinema Vans imported by the Government to the Ministry of Information and National Orientation in Accra. On that day, Alhaji Aliu Mahama did not mince words at all when he postulated: “There is nothing like ‘African time'. Therefore, we should learn how to do the right thing at the right time and stop deceiving ourselves with that erroneous concept of ‘African time.' All humanity has one time, period!

Respected reader, verily, verily, I say unto you that yesterday was a triumphant day in the checked political history of Ghana and Africa. The entire African continent was in attendance of our Golden Jubilee Celebrations. Europe was there; America was there; Asia was there and others as well.

If you take Africa, for instance, the African Super Power, Nigeria, was not only there as passive spectator at all. As a matter of fact, apart from Ghana herself as the hosting nation and Commander -in-Chief of affairs, Nigeria was the protagonist on the stage of the celebrations. Chief Olusagu Obasanjo was the supreme Guest of Honour and the only one to have Ghana's highest national state honour bestowed upon him. Any challenger?

Then our famous Zimbabwe was even the first African country to descend from the heavens onto our land on earth. Our closest neighbours including Burkina Faso, Cote d'Ivoire and Togo could not afford to be missing from action. From afar, countries like South Africa, Rwanda, Tanzania, Namibia, Mozambique,DR Congo, Malawi, Mali, Equatorial Guinea, Cape Verde, Botswana, Liberia, Gabon Benin and Guinea Bissau, just to name a few, were all there. In fact, Ghana was like a basket into which all African over 50 nations were collected like eggs and carefully put them in for safe-keeping. Security was no problem and every participating country was protected like the pituitary gland in the head of a fish.

Ghana, without any shade of doubt, did everything humanly possible and proved herself to be the star of the black Africa indeed. Ghana is the golden nation of Africa and celebrated the first golden jubilee anniversary of black Africa for the rest to emulate. Ghana lived up to the accolade of the broad theme of the anniversary which is: “Championing the African Excellence.” There is still room for improvement though. As humans, we should be humble and realistic that perfection is not attained in one incarnation.

The parade itself was sparkling in very department of the show! Britain, Ghana's former colonial masters proved that indeed, they could not be left out of a celebration of this historical nature. Thus, besides the Duke of Kent, Prince Edward who represented the Queen of England, a contingent of the Army Band of Scottish Pipes and Drums played the role of alpha and omega in the parade and stole the show. Their appearance in traditional attire made them outstanding with their fluid music.

The officers of the Mass Band of the Ghana Armed Forces Central Band, Police Band and the Navy Band, were immaculate in their outlook and their traditional tunes were soul moving. Some charming ladies around our pavilion could not resist the temptation but to start bumping their backs as soon as the flutes started blowing. Some of them were even dancing to the tune of the National Anthem instead of standing to attention. The entire contingents of the security agencies marched with precision. It seems female contingents marched more graciously and with some antics or style in such a away that whenever they turned at corners they crow spontaneously clapped for them. It was magnificent to behold!

As for the Basic School Contingents from Ablekuma-South Sub-metro, the Ashiedu-Keteke Sub-metro, the Ayawaso Sub-metro and the Okaikwei Sub-metro as well as the very tender gymnastic youngsters, they must be commended to the blue heavens. Because, to be on their feet from morning till the time the event ended in the afternoon is not a small feat at all. I don't know what incentive package is organised for them but they must be motivated nation wide to inculcate in them that patriotism goes hand in hand with deserving rewards. Remember the adage: A nation that does not reward its patriots and heroes is not what…?

As a nation we should not only be quick in condemning people when they go wrong. We must also learn to praise people when they merit praise. I wish to take this golden opportunity to commend the Accra City authorities for a wonderful work done as far as the beautification of our capital city was concerned. If I compare Accra with Singapore which is the cleanest city in the world, we have some kilometers to travel. But what was achieved within a short span of three months or so before the Golden Jubilee Day of March 6, 2007,if it could be sustained, Accra will be a city to visit in the world one day. I say Kudos to the Mayor of the City of Accra and his team of workers.

Perhaps, Ghanaian city authorities can learn some strategies from Singapore. In Singapore, street decorations are supported by institutions, organisations and major companies located along various streets and roads in the city. What is done is that during major festive occasions like Christmas, Easter, Ramadan and others, street decorations become a competition among these companies that are strategically located along ceremonial roads and streets. Then the Singapore Tourist Board offers prizes for the best decorated street during a particular festive occasion.

With this strategy, every institution is motivated and eager to ensure that their street wins the best decorated street awards in the city. This is why when you go to Singapore during any of these festive occasions you will just open your mouth until someone will come and tell you to close it. Singapore has four major festivals celebrated by various religious bodies, namely Christians, Moslems, Hindus and Buddhists or so. And these festivals follow one another intermittently .This is one reason why Singapore is always beautiful. In fact sometime the decoration competition between the religious institutions becomes so keen that the city becomes even more brilliant and sparkling with lights at night. With this, the entire city is virtually turned into a golden heaven on earth. Those who have been to heaven before will know what I am talking about here.

In fact tourists who troop to Singapore every day of the year do not sleep at night. They will just be roaming, roaming, going round from street to street, and admiring the beauty of street decorations. I suggest the city authorities in Ghana should team up with Ghana Tourist Board and adopt the Singapore strategy for the beautification of our cities.

Today Wednesday 7th March 2007 marks the first Day of the next 50 years of Ghana and the celebration of the centenary of our nationhood. God alone should be our guide and source of inspiration. Shall we take note of the following African proverb? “The person who takes the first step ahead of you is not easy to catch up with.” Therefore, once the path is entered, there should no turning back. The sky should be the limit for Ghanaians as we look forward to celebrating the country's centenary anniversary in March 2057. For now, let's raise our chest high and say: “Well Done, Ghana!