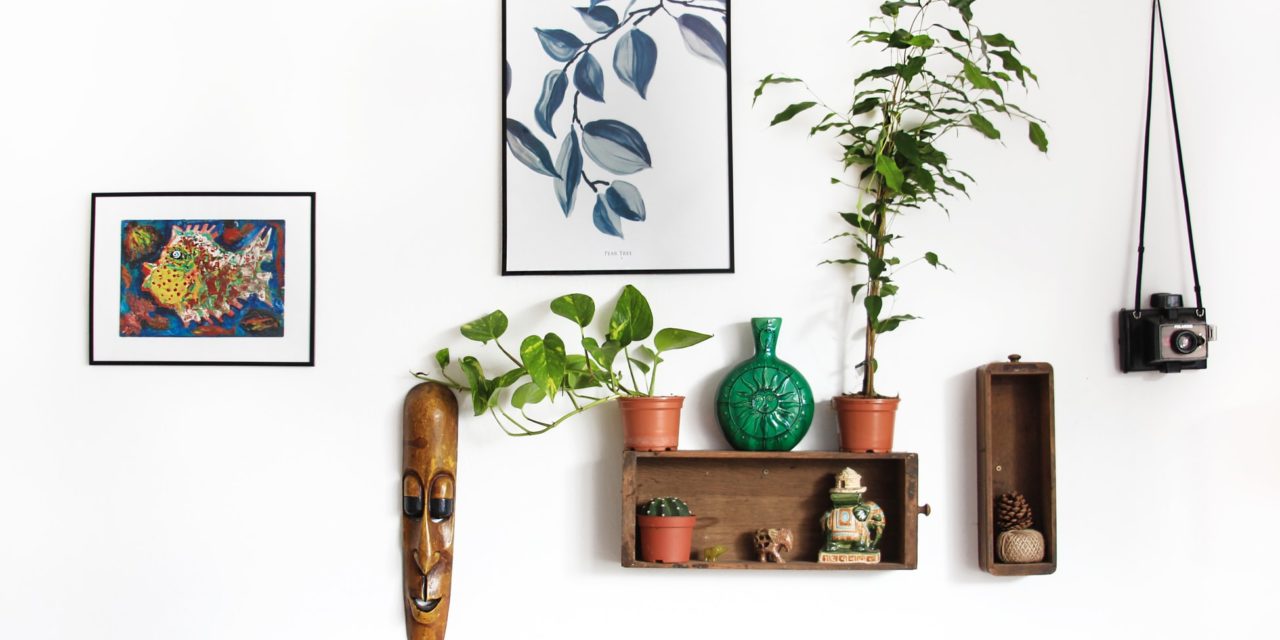 Indian Painting dates back to 5500 BC, with the earliest existent examples of the Pre-Historic Indian Art being in Bhimbetka Caves in the Madhya Pradesh state of India. Since then, the Indian Painting style has witnessed various shifts from rock paintings, palm-leaf paintings, to contemporary styles, like glass paintings and oil painting. Cultural & regional sensibilities and the cross-cultural interactions, prevalent in a period, have been the key influencers in the genre. In phases, foreign inspirations, especially from Roman, Persian, and Chinese Art, were also evident from time to time.

o Murals – They are huge works executed on the walls of solids structure, such as rocks, temples, and palaces. Few of the finest mural works in India are in Ajanta Caves, Kailasnatha Temple in Ellora, Badami, and Sittanavasal in South India. The subject often depicted mythical creatures, religious themes, and scenes from the lives of Buddhist monks. The colors were derived by mixing minerals and plant sources as pigments, in water or lime.

o Miniature Paintings – They are executed on a small perishable material, such as paper, leaves, cloth, and metal. The Palas of Bengals were the pioneers of the art form. Mughal Dynasty witnessed the peak, with Rajasthani, Tanjore, Ragamala, and the other schools of painting carrying it forward. Until the 14th century, Miniature Art was confined to wooden covers and palm-leaves, often as the part of a manuscript. Some of the earliest examples are found in the manuscript of Astasahasrika Prajnaparamita (c. 993), Ogha-niryukti, and Dasavaikalika-tika (12th century). The earliest illustrated manuscripts on paper are from the Gitagovinda of Jayadeva and the Bhagvata Purana (16th century).

o Mughal Painting – Paintings done during the Mughal Empire (16th-19th century) were distinctly influenced by the Persian and Islamic styles. The Mughal School of Miniature came into existence during Akbar's reign (1556-1605), with the stories of Prophet Amir Hamza, ‘Hamzanama' (1582), as its first creation.

o Rajput Painting – They include the Murals and Miniatures done in the Royal Courts of Rajputana (18th century), depicting the stories and the events from epics, like Ramayana, Mahabharata, and Bhagvata Gita.

o Mysore Painting – These are classical South Indian Miniature Paintings from the town of Mysore. They are themed mostly around Hindu mythology, with close attention to details.

o Tanjore Painting – These paintings, done in the Tanjore region of South India, are close to Mysore Paintings in its theme and elegance. However, the techniques and resources used in both the art styles are very far from each other.

o Madhubani Painting – These are from the Mithila region of Eastern India. It is one of the oldest art forms in the sub-continent, believed to have originated in the days of Ramayana.

o Kalighat Painting: These watercolor paintings flourished during 1830-1930, in the areas near Kalighat Temples, in the Patuapura region. This art form had vibrant images in full-rounded forms to depict day-to-day life in Bengal.