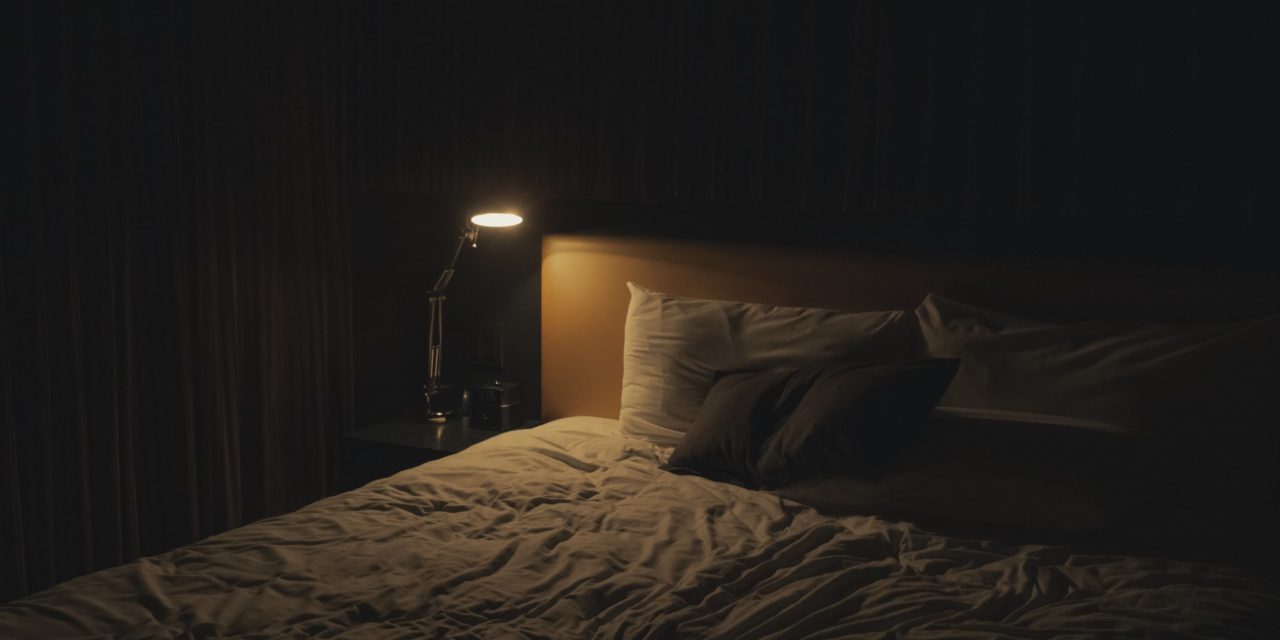 What size rug for what room?

Beside the obvious questions of color and style to be decided by an individual's personal taste, to determine what type of rug or what size rug is needed for a given room, you should take several factors into consideration.

Of course, price will play an important role in that decision. Within your budgetary parameters, however, the type of construction (weaving) and quality you choose will be a key factor in ensuring that you will be happy with your new purchase. Putting a light colored needlepoint runner in a foyer or hallway is not usually recommended. Why? Even top quality needlepoint are not made to stand up to high traffic, especially in entry areas where dirt and salt can damage the rug. Conversely, a beautiful soumak flat-weave which has a much denser construction to resist dirt and traffic, could be perfect for such an application. The needlepoint can be a wonderful addition to a bedroom (a bare foot area, where the soumak with its rougher texture might be less desirable from a comfort standpoint. These are just two examples of how placement of different construction should be taken into consideration.

Another factor you will certainly want to consider is size. From small scatter rugs to palatial carpets, both the actual room size and the specific decorating scheme are critical in determining the size of the rug best suited to your needs.

Dining room rugs need to be sized for placement of the chairs and table as well as for the absolute measurements of the room. Take into account how much of the pattern will be hidden or obscured under the table. Obviously, a center medallion design would not be the ideal choice for this purpose.
A rug that is less than 7 or 7.5 feet wide will prove uncomfortably small. An 8′ x 10′ rug is the most common appropriate (minimum) size unless the room and the table are exceptionally large and then 9′ x 12′ or a 10′ x 14′ oriental rug might be better. The only time that a rug is the less than 7 feet wide might have to suffice is when the room itself is too confined for a 7 feet wide rug.

The reason for all of this is that even a relatively narrow table will be 42 inches wide. In order to avoid having the front legs of a chair on the rug and the back legs off, even when someone is seated at the table, even when someone is seated at the table. Two additional feet are always needed on both sides of table. This means that the rug must be wider by 2 feet for each chair on each side of the table, thus totaling to 7′ – 9″ (absolute minimum width). A typical 6′ x 9′ area rug will only be measuring 5′ – 6″ wide and 8′ – 6″ long and that is virtually too narrow for the table and chairs.

The possibilities of decorating with rugs are endless, and with the Persian design oriental rug selections, you can be assured of the very best in color, design, and quality for every room in your home.

Afshan: Named for the Afshar, it describes the presence of silk pile in an urban rug.

Agra:
The city of Agra was one of the great rug weaving centers of India. The carpets known by this name are strongly influenced by Persian prototypes and can include both center medallion and overall patterns. Most commonly, however, Agras feature highly stylized floral motifs arranged, often, asymmetrically, in the field.

Antique Wash:
A chemical bath that tones down colors to simulate aging.

Arbrush:
A brush designed with a series of delicate strips of a different tone closely paralleling each other running horizontally across the face of the rug. In wool rugs this is done deliberately to cheer up a plain, open field background which the weaver felt was monotonous.

Ardabil:
Home of 14th century tombs of Sheik Safi Ad-Din And Shah Ismaeil. The city that shares the name of The Ardebil Carpet one of the finest and most famous objects of Islamic art. There is controversy, though, as tp whether the carpet was actually made there. Modern era rugs from the region are generally of dubious quality.

Art Silk:
Also called artificial silk, it describes a yarn for weaving mde from mercerized cotton that attempts to take on the appearance of silk. The fiber is very soft to the touch and used to create a price category for smaller budgets whose taste run toward expensive silk rugs. Rugs sold as silk as given a burn test to check for the presence of cotton.

Aubuson:
Fine flat carpets woven in France from the 15th to 19th centuries. They were derived from Moorish weaving with the assistance of Architects and Artists of the royal court.

Aubusson:
A flat-weave rug, generally with a floral medallion in pastel colors, once woven in France. The designs of these rugs have been adapted to pile carpets and are now woven in India and China.

Axminster Rug:
A complex machine made rug woven to a flexible cotton frame that can contain up to 70 colors of wool. Its invention in 1882 in the midst of the industrial revolution practically destroyed the hand knotted rug industry. It was thought that mechanized items were going to be of superior quality, a theory later shelved.

Axminster Loom:
A popular loom for making machine made rugs, it offers flexibility in color and design.

Bakhtiyari:
A nomadic group of southern Persia. This tribes weaving is popular among collectors and the rugs themselves tend to be of unusually durable construction lasting as long as 200 years in heavy wear environments. The most popular design feature a square grid with a floral vase in each.

Baluch:
A nomadic tribe living in Afghanistan and bordering countries who produce a large volume of commercial weaving. Their rugs are generally brown, black, and gold.

Bessarabian:
This type of Kilim originates in a part of Romania that is now part of Ukraine. Designs usually feature curvilinear floral patterns and are more formal, sophisticated and elaborate than those found in other areas of southeast Europe.

Bidjar (or Bijar):
The rug design named for the Bidjar region of Iranian Azerbaijan. Originally the design was Kurdish featuring hundreds or trees and was really responsible for earning the region its fine reputation. Commercial Bidjar are factory woven and feature a distinctive diamond shape medallion. Commercial Bidjar are though to be most durable rugs in history as most will last 300 years. This has earned the Bidjar the colorful moniker The Iron Rug of Persia. Both types of Bidjar are still made in limited quantities.

Border Rug:
A rug that features a design on the outer rim of the rug, surrounding the field.

Boteh:
A small oriental rug motif that resembles a pine cone or pear.

Braided Rug:
A rug made by braiding yarn around a core and shaping it into a rug. Braids can be tubular (shaped around only one core, which forms a round braid) or flat (shaped around two core yarns, which makes a flat braid).

Bukhara (also Bokhara, Bokara, or Bocarra):
Turkoman rugs are referred to as Bokharas. The pattern most associated with these rugs is that of a rows of repeated geometric motifs, or guls, woven on red background.

Bukhara (or Bokhara):
The capitol of Usbekistan and the traditional trading center for Turkmen tirbal carpets. Today, rugs called Bokhara are generally commercial copies woven in Pakistan and India. Actual Turkmen carpets are called by their tribal names to ease confusion with their popular reproductions. Commercial Bokhara rugs were the best selling hand knotted rugs in the world.

Burn Test:
A small tuft of fibers from a rug may be burned to test for its content. For example, cotton has a vegetable smell when burned. Wool smells faintly like hair. Silk smells distinctly like human hair when burned and leaves no residue or ashes.

Carding:
The combing of fibers with wire bristle brushes prior to the spinning of a yarn.

Chanted Rugs:
A technique used for duplicate manufacture of the finest urban rugs. The colors of the pre-dyed yarn are chanted rhythmically to assure that rugs are more perfect than rugs made with other techniques. Most fine carpets from Tabriz and Isfahan (or Isphahan) are made this way.

Chin Wool:
The fine whiskers from the chin of sheep that are sometimes set aside for a special ceremonial rug. Chin wool rugs are considered finer than silk ones but are very rare. Turkmen tribes most notably use this fiber for their finest carpets.

Chrome Dyes:
Synthetic dyes that use potassium bichromate to form a permanent bond between yarn and the dye. More widely used than vegetable dyes because they are colorfast.

Cross-woven:
A rug woven horizontally on Wilton loom. (More commonly, rugs are hand woven vertically.) The cross-woven technique allows fringes to be incorporated into the rug rather than sewn on later.

Dhurrie (Dhurie):
A reversible, flat-woven rug with a loose weave and a casual feel, often brightly colored. Dhurries are usually woven in India with either cotton or wool. The design is created by interweaving colored weft threads through the warp threads.

Ersari:
A large mostly settled tribe of northwest Afghanistan who make both urban and tribal rugs. They are renowned for the quality of their nomadic saddles and tent gear.

Field:
The center of an area rug. It may have a specific pattern or be of a plain color.

Flat-weave:
A catchall term that describes any rug without pile including Soumaks, Kilim, Verneh, Sozani, and Dhurrie, Aubusson carpets are also flat but are excluded due to their extreme complexity.

Foundation:
The combination of warps and wefts in the body of a rug.

Fringe:
Warps extending from the ends of a rug, which are treated in several ways to prevent the weft and the knots from unraveling.

Gabeh (Ghabeh):
A fluffy long piled rug used by nomads as a mattress. They have only been sold commercially in the West since 1990s. Gabeh usually have a simple colorful design with a pastoral scene. The Gabehs charm has only been appreciated recently and they now are being produced commercially for export.

Ground:
The interlaced combination of warp and weft that comprises the fabric. In pile rugs, the ground is referred to as the foundation.

Guard stripe:
Stripes or lesser borders on either side of the main border.

Handmade Rug (or Hand Made Rug):
A rug that is either entirely hand knotted (finished with knots) or hand tufted (yarn is pushed through the canvas using a tufting instrument). These rugs generally are made of wool or other fine materials such as silk. They are generally more expensive than machine made carpets.

Herati Border:
A rug pattern consisting of a rosette surrounded by four leaves. The rosette is often found inside a diamond shape.

Hereke:
Turkish city famous for its factories where the most elaborate silk rugs in the world are woven. Though Hereke is in Turkey, they use the Persian Senneh knot in rugs made there.

Heriz:
A large city located near the border between Iran and Azerbaijan. The geometric medallion rugs woven there in the early 20th century were extremely popular in Europe and The United States. Commercial carpets bearing the Heriz designs are woven in every rug producing country in the world. The Heriz design is the most popular Persian design in the West.

Hooked rug:
A rug made by using a hooking device (either a hand operated machine one) to push and loop yarn through a canvas. This is either left looped (creating a “loop hooked” or “latched hook” rug) or sheared to create an open pile.

Jufti Knot:
A knot tied over four warps instead of the usual two.